Eating Disorders and its Classification 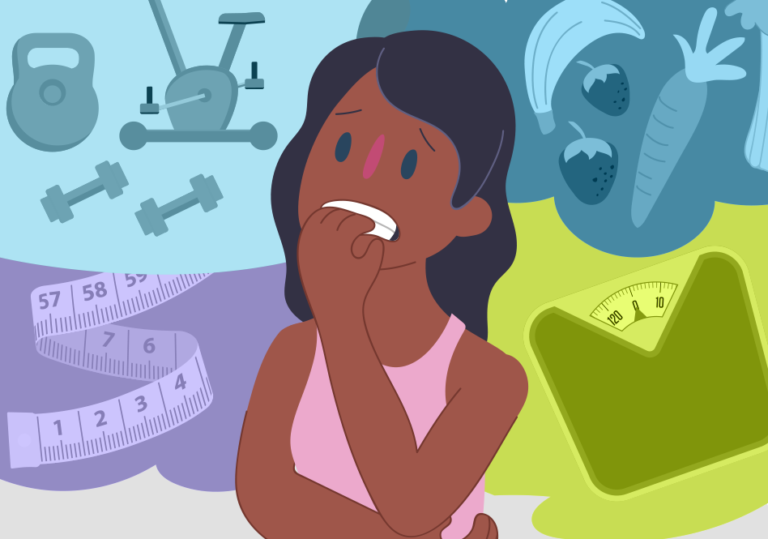 What is an Eating Disorder (ED)?

Eating Disorders depict ailments/illnesses that are described by unpredictable dietary patterns and serious trouble or worry about body weight or shape. Eating unsettling influences may incorporate insufficient or unnecessary food intake which can at last harm a person’s overall wellbeing.

The most widely recognized types of eating disorders include Anorexia Nervosa, Bulimia Nervosa, and Binge Eating Disorder. However, there are more kinds of earing disorders that are recognized and treated. Diagnostic Statistic Manual V is a  diagnostic tool published by the American Psychiatric Association (APA and is usually used as the principal authority for psychiatric and psychological diagnoses.

“Pica” is an Anglo-Latin word for jaybird, in reference to the feathered creature’s unordinary dietary patterns of gathering and ingesting apparently random things. Essentially, Pica is an eating disorder in which sufferers consistently eat items that have no nutritional value (i.e. nonfood items) in a repeated pattern for a minimum for one month. Low nutritional food like sodas and candies do not qualify under this category. No nutrition items can be mud, chalk, paper so on.

The following are the diagnostic criteria mention in the DSM V for Pica.

Rumination disorder includes the customary spewing forth (regurgitation) of food that happens for at least one month. Spewed food articles might be re-chewed, re-swallowed, or let out. Normally, when somebody disgorges their food, they don’t have any indication of being putting forth an attempt, nor do they seem, by all accounts, to be focused on, upset, or appalled.

The following are the diagnostic criteria mention in the DSM V for Rumination disorder.

Avoidant Restrictive Food Intake Disorder (ARFID) is another finding in the DSM-5, and was recently known as “Specific Eating Disorder.” ARFID is like anorexia, both include constraints in the quantity and quality of food consumed, yet also dissimilar to anorexia, ARFID doesn’t include any issues related to body shape or size or fears of bloatedness.

Almost all kids experience periods of particular or specific eating, an individual with ARFID doesn’t consume enough calories to develop and grow appropriately and, in grown-ups, to keep up essential bodywork. In youngsters, this outcome in slowed down weight increase and vertical development; in grown-ups, this outcome in weight reduction. ARFID can likewise bring about issues at school or work, because of challenges eating with others and stretched out occasions of not eating.

The following are the diagnostic criteria mention in the DSM V for (ARFID).

A. An eating or feeding disturbance (example apparent lack of interest in eating or food, avoidance based on sensory characteristics of food, concern about aversive consequences of eating) as manifested by persistent failure to meet appropriate nutritional and/or energy needs associated with one or more of the following

B. The disturbance is not better explained by the lack of available food or by an associated culturally sanctioned practise.

C. The eating disturbance does not occur exclusively during the cause of anorexia or bulimia, and there is no evidence of a disturbance in the way in which one’s body weight or shape is experienced.

D. The eating disturbance is not attributable to a concurrent medical condition or not better explained by another mental disorder.

Anorexia Nervosa is an eating disorder described by weight loss (or absence of acceptable weight gain in developing kids); challenges keeping up a suitable body weight for specific stature, age, and height; and, in numerous people, twisted self-perception or distorted body image. Individuals with anorexia, for the most part, confine the number of calories and the sorts of food they eat. A few people with this disorder likewise practice the excess amount of exercise, cleanse/purge through vomiting and intestinal medicines, and additionally voraciously consume food or binge eat.

Bulimia Nervosa is an eating disorder that is described by scenes of binge eating (devouring a huge amount of food at a time). That is joined by no feeling of keeping a check on overeating and is then followed by unseemly techniques for attempting to get in shape or more commonly lose the food in the body by activities such as spewing/vomiting, fasting, forced enemas, inordinate utilization of intestinal medicines and diuretics, or impulsive working out. Bulimia usually comes into being late in adolescence or in early adulthood.

The following are the diagnostic criteria mention in the DSM V for Bulimia NervosaRecurrent episodes of binge eating.

A. An episode of binge eating is characterized by BOTH of the following:

1. Eating in a discrete amount of time (ex: within a 2 hour period) an amount of food that is definitely larger than what most individuals would eat in a similar period of time under similar circumstances.

2. Sense of lack of control over eating during an episode

B. Recurrent inappropriate compensatory behaviour in order to prevent weight gain, such as self-induced vomiting; misuse of laxatives, diuretics, or other medications; fasting; or excessive exercise.

C. The binge eating and inappropriate compensatory behaviours both occur, on average, at least once a week for three months.

D. Self-evaluation is unduly influenced by body shape and weight.

E. The disturbance does not occur exclusively during episodes of anorexia nervosa.

Binge Eating Disorder is a serious, hazardous, and treatable eating disorder described by repetitive scenes of eating enormous amounts of food (frequently rapidly and to the point of uneasiness); accompanied with a feeling of lost control during the binge; followed by experiencing disgrace/shame, pain or blame a while later; and not normally utilizing undesirable compensatory measures (e.g., cleansing) to counter the excessive food consumed.

B. The binge-eating episodes are associated with three (or more) of the following:

D. The binge eating occurs, on average, at least once a week for 3 months.

E. The binge eating is not associated with the recurrent use of inappropriate compensatory behavior as in bulimia nervosa and does not occur exclusively during the course of bulimia nervosa or anorexia nervosa.

Going through any of these alone or combined with any other disorder can be a considerable hurdle that one has to overcome with the correct guidance of a therapist.

Listen to Renee’s story of her battles with Eating Disorders.

MHT will like to tell anybody who is struggling with any of these disorders that they are not alone and we are here to show them a guiding light in every way we can. Please let us know in the comments below about how you’ll like us to serve you better.