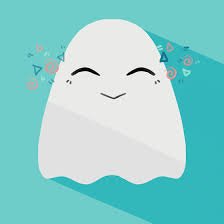 Liberate: My OCD Fighter brings to you an easy way to conquer your anxieties from the comfort of home. In a virtual setting designed to put you at ease, this app complements the aid received from your specialist. It takes therapy out of the confines of a therapist’s office.

The Liberate: My OCD Fighter app helps you learn more about OCD, providing information about the causes and types of OCD and methods to combat it. It offers features to track your compulsions, building an environment suitable to control their OCD. Controlling OCD for the long-term is done using various ways to resist and weaken compulsions.

About Ms. Kaajal Gupta | Founder of Liberate : My OCD Fighter

Kaajal Gupta, Liberate: My OCD Fighter App’s 17-year old CEO first began struggling with OCD in the 8th grade. Tracking her compulsions became an integral role in learning to control her OCD. She began to accept that ‘[Her] thoughts did not define who [she] was, [her] actions did’, which is a key thing to understand about OCD. She combined her research into Cognitive Behavioural Therapy, her own OCD and her love for coding to help others. Thus, Liberate was born. Its aim? To help people with OCD track their compulsions, identify triggers and soothe anxiety at the touch of a button.

About Liberate: My OCD Fighter | Apps on MHT Store

Although Liberate: My OCD Fighter app is “not a substitute to therapy”, it can be a helpful aid because of its ability to track compulsions.

Upon opening the app the first time, users are directed to an Obsessive-Compulsive Inventory (OCI-R) test. This test aims at measuring the severity of your OCD. Upon answering the questionnaire, a score out of 72 is given, which can be entered in the app.

Moving on, users start by adding an obsession from one of the seven available groups. The app uses an emoticon scale to rate the level of anxiety this obsession causes. To finish adding the obsession, this OCD app requires users to add a description, as well as compulsions caused. Additional obsessions can be added later on.

Once finished, it becomes apparent that the dashboard page has the bulk of the features on this app. Once on the dashboard, users are greeted by the tip of the day, as well as an option to report one’s daily mood. The latter option gets users thinking about their experiences (both positive and negative) in order to better understand mood changes. The next thing users will notice is an assortment of seven nifty tools.

The first two tool options allow users to add obsessions and compulsions, respectively. Clicking on an existing obsession or compulsion takes users to a new page on the app, with suggested exercises and self-written tips. There is also an option to record compulsions, which is also available on the dashboard screen.

The next pair of tools of Liberate: My OCD Fighter is that it allows users to keep a track record on a day-to-day basis. The diary is meant for daily entries, which can be accessed at any point in the future. There is also a calendar to visualize each entry and the corresponding emotions for that day. Meanwhile, the goals tool allows users to keep track of short-term, medium-term, and long-term goals.

The fifth tool is the fear ladder, which is a scale for sorting triggers. This tool also serves as a guide to the gradual exposure one needs to resist a compulsion. Moving on, the resisting tool is an interactive list of options one could choose to inhibit rituals. Finally, the thoughts tool is an informative user-based way to understand and analyse internal thoughts.

The dashboard page also has a button in the top right corner that leads users to the therapy page. Weekly reports are sent to the user’s therapist(s) if added.

On the topic of progression, the progress page illustrates compulsion trends and mood changes through graphs. In addition, a report on the number of compulsions at each time of day can be found on this page.

The resources page is extremely helpful because staying informed on every aspect of your OCD is key to getting through life. The bulk of the educational information can be found here. Moreover, the layout of the information acknowledges that understanding OCD is crucial to getting help and taking additional steps to combat it.

The fourth page is the profile page, which is where users can access their safety plan and support members. Users are encouraged to contact the Liberate Team with any suggestions or concerns.

The safety plan can also be viewed after pressing the panic button. This page also allows users to call an emergency number, as well as a helpline. Users should remember to use these features only when necessary, in order to avoid preventing other people from getting the help they need.

The countless useful features in Liberate: My OCD Fighter App can help control the consequences of OCD, but this app cannot provide miracles. Nor is it a replacement for therapy. Instead, the app requires the collaboration and cooperation of patients, family members, and medical professionals to carry out its intended purpose.

MHT Store is a one-stop for all kind mental health resources in the online as well as the offline world. Explore a variety of resources such as mobiles apps, online courses, products, books and download worksheets that support different mental health needs ranging from bullying to building confidence, autism to psychosis and much more.

Liberate: My OCD Fighter is an app that support treatment of a person suffering from OCD. The app follows a clinically proven method of treating OCD. With a simple download option, a person diagnosed with OCD can now easily conquer their anxieties from the comfort of home.With a user-friendly interface and a simple, functional design, the app provides a platform for you to manage your OCD in an effective way.