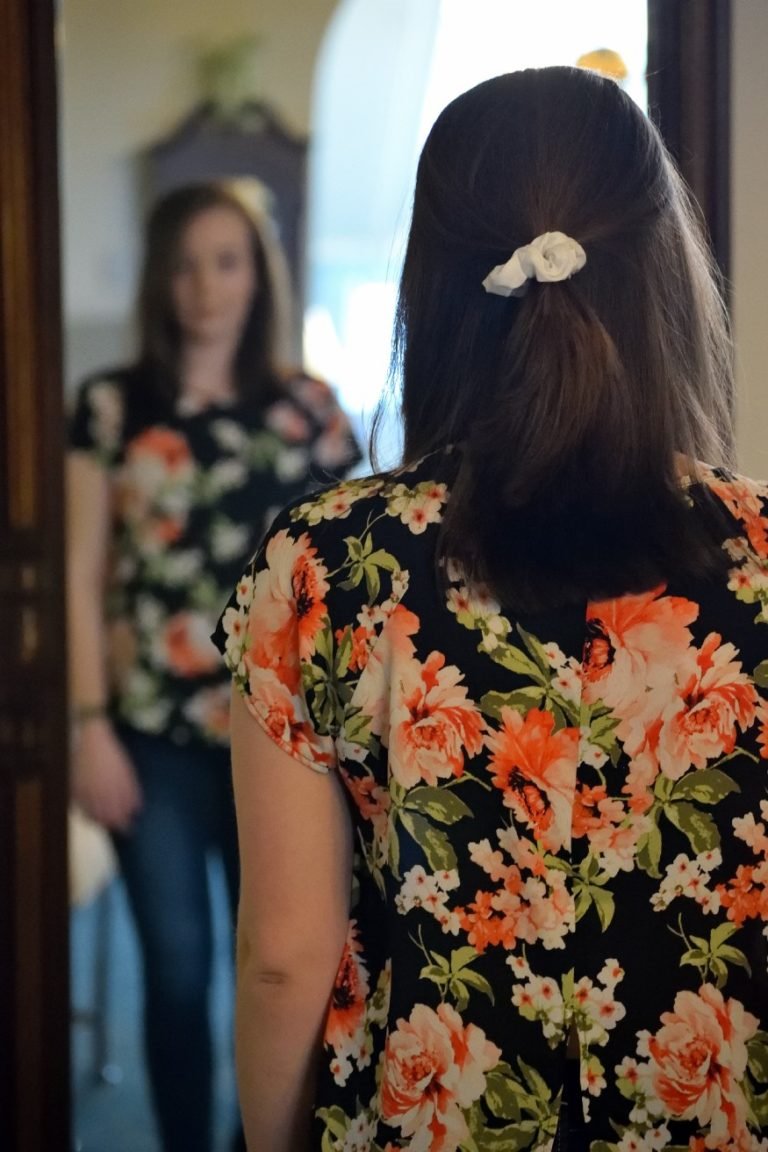 She read the comments on her recently posted picture. She sighs with a sense of relief. It wasn’t all bad. They found her happy. They found her cute. The filters were working.

The Notification read a message from an old school mate.
“Still the same fat girl, huh?” The face filters could not hide the extra pounds on her body.

The skin tears wide open. The wound begins to bleed again. The pain brings her attention to the open wound. She realises it had never healed since it happened.

Taking in a long breath, she types down, “Still the same sizeist, huh?”

She presses send. It felt good. She had stood up for herself, right?

She takes some cotton and dabs the wound. The piece of cotton turns red as it absorbs all the blood, but the wound remains fresh. She continue to bleed.. drop by drop.

Oh, his guts. After all these years…

Maybe, people never changed. She could almost see it as if it were happening before her eyes that very minute. The crowd of students jeering behind her back, calling her names. She had run into the washroom; head bowed down. School kids had interesting ways of entertaining themselves. It involved observation and undesired attention to every ‘ugly’ feature in her. It started from the most visible one – the obesity, to the most minute details – the hirsutism.

Her younger self had looked at her reflection and cringed in the empty girl’s washroom. The acne breakout burned red under the heat. She could feel the sweat glistening on her bushy eyebrows. Her body frame barely fit in the tiny bathroom mirror. “Couldn’t just blame them… I look hideous.” She had thought to herself as she searched her school bag for the pills.

The doctor’s voice had rung in her head. “Three pills three times a day, PCOS can be controlled with the right medication and diet and exercise.”

Her mother had seemed worried all through the doctor visits, and for good reasons. She was the first in the family to present such a diagnosis. They had barely heard about this lifestyle issue that was surprisingly prevalent among millions of teenage girls around the globe. She recalled how the risk of heart disease or cancer at an older age, or even the risk of infertility had meant nothing to her younger self back then.

She leaves the wound open. She carelessly brushes it against the walls and pointed edges. The wound grows bigger and deeper.

She looked in the mirror. Her present-self glowed in the mirror. Despite her low cooperation, all those doctor visits and medications over the years had had an impact. But she could see right through the façade. The hidden extra fat under the clothes, the acne marks, the smile with the crooked teeth. She fought only the unseen symptoms now… the mood swings, the anxiety, the binge eating. She looked at her reflection and saw the source of her misery and pain. “This body will continue to haunt me forever.”

The wound festered, slowly turning into a toxic infection.

She brushed aside the messages. Put on a smile and told herself that there were more important things that required her attention. She was not going to let the bullies win again. She could not give them the satisfaction.

She washes the wound. Applies ice. Puts on a band aid.

She moves on and forgets about the wound…. Again.

Another day, another comment, she finds herself in front of the mirror again. Only this time, she breaks down crying. Her blurry eyes fall on the picture of her 5-year old self, that is stuck to the edge of the mirror, the girl with a chubby face and a hearty smile. That young girl didn’t seem to worry about what others thought of her. She didn’t seem to have contemplated a million times before posing for the camera. She seems happy with herself, her little chubby hands and feet, and how she could put a smile on any face in the room.

She rips off the band aid. The wound still appeared fresh.

Her reflection appeared tired. Fatigued after all these years of seeking approval.

When did that young girl grow up to be someone she hated? Since when did her own reflection give rise to feelings of hatred and shame in herself? Wasn’t she enough as she was? Was she going to let a diagnosis define her? Was she eventually going to let the bullies win? After all these years of covering up her scars and wounds, she realised she did not have the energy to carry this shame anymore.

She touches the wound, she could feel the insides burning. She digs deeper as the pain shoots through her body. But she digs until she takes out all the pus, dirt and debris.

Step one – disinfect the wound.

She wiped her tears. She apologized to her reflection for years of unkindness. She took a long hot shower. Put on her favourite clothes. She beamed at herself in the mirror and told herself – “You are beautiful and you are enough.”

She took a picture of herself. Unfiltered and raw. She put it up on her feed. And when her best friend commented, she smiled and replied, “thank you.”

Step three – Keep the wound clean and dry in the coming days. Continue dressing the wound.

She continued to listen to her body, giving it water, food and importantly, love. She reminded her body every day that she loved it no matter how it looked. She thanked her body for everything it did for her, day in and day out.

Wounds don’t heal with time. Tissues grow over them. The pain lessens. It scars.

She discovered the block feature in her social media accounts. She wrote more about body positivity and acceptance. She began reading and following healthcare for PCOS.

You learn to live with the scars.

Step five – Let the air in. Let it heal.

She smiled at herself in the mirror every morning. She was looking at her favourite companion.

She looked down at her arms, the scars were not visible anymore.

“Look down at your body

Millions of young girls around the globe suffer from PCOS at a very young age. But many do not know enough about the condition or its consequences. Bullying is another prevalent issue among school children that leads to invisible scars in the individual. Both of these topics are very close to my heart and I have wanted share my experiences with it since a long time. Please give this a read and share your feedback.

Educate yourself, keep yourself informed and look out for the signs, in yourself and in others.
If you ever need to talk, I am here to lend an ear 😊