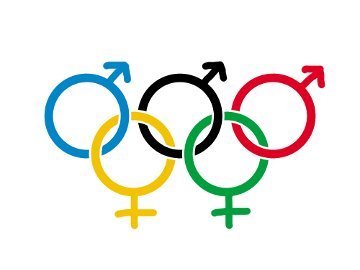 Sportspersons in competitive sport usually have very hectic schedules for most of their childhood, adolescent and early adult years. As a sports person myself, we juggle academics/school/college/tuitions/extra-curriculars, friends/family and other social commitments along with our practice sessions. Every single commitment listed above is a part of our life; different components fitting to make a whole piece – You..

This fact needs to be reiterated to everyone – coaches, parents and most importantly, the athlete themselves. Sports is a very important part of life, one that we choose to develop and imbibe qualities from which we enhance our personality. However, our wins and losses on the field do not dictate whether we are a winner or “loser” IRL. Sports is one part of our life, NOT our whole life.This is important to understand because the emphasis is always on high performance, and never on the overall development of an individual. You cannot progress in only one of the compartments; it takes collective effort from all of these parts to help you grow. Specifically, coaches and parents need to keep in mind that the overall growth is what should be aimed at to enhance sporting performance.

If we focus on becoming better humans, we become better players.

Using this concept as a foundation, I’d like to draw attention towards another component: sexuality.

What is Sexuality in Sport?

Human Sexuality is defined as the essential drives behind everyone’s feelings, thoughts, and behaviours. It defines our biological reproduction, describes psychological and sociological depictions of self, and angles a person’s attraction towards others. Such an important component is almost never addressed in the sporting world. Sexuality in sport in India is a complete taboo owing to the stigma around it.  Officials simply do not acknowledge this aspect and deny it completely. It does not feature in any orientation or training, rather in hushed whispers or the gossip mill.

On the contrary, coaches ban their adolescent athletes from liking/dating the “opposite” gender and conclude that such activities are frivolous and detrimental to performance. This has not been proved scientifically at all. By denying a basic biological evolution of the athlete, you are declining to understand what makes the athlete a whole. Athletes then resort to secret dating (specially adolescents) and are either snitched upon or are caught and then benched for a few games as “punishment”. Female athletes are instantly given a “talking to” about morals publicly and how her “image” in the sport community will deteriorate thus affecting her selections because officials don’t want to recruit “problematic” girls. There is an unfounded comparison made with respect to their performance on-field.

These methods only serve to isolate the athlete more and affect their emotional management, creating self-doubt and low self-confidence. Rules should be established but in keeping that it is applicable within the boundaries of matches, practice sessions etc. In this sacred space, the focus should be on the field and not out of it. This also gives athletes a sense of decorum and respect for boundaries rather than smothering them. However, this has just been in relation to heteronormative relationships.

With homosexuality, there is just plain silence or denial. In fact, it is seen as a sign of weakness and used as a slur which further prevents even the mention of it in the sporting sector. Young athletes’ who may themselves be confused about their sexual orientation therefore, have to hide their true selves and indulge in self-loathing, shame and feeling not “normal”. They are also targeted and automatically pursued as “weak”  or “manly” depending on their orientation preference. Would this athlete be able to focus on their game if they were undergoing so much of emotional  turmoil? The idea is to make sport easier and create a positive climate for the athlete to thrive rather than perpetuate years of struggle and reinforcing it. We need to normalize accepting individuals as they are rather than suppressing it.

We need to make the athlete feel wanted, valued and appreciated if we want the best from them.

Measures to normalize sexuality in sport

Basic psycho-education will go a long way in helping foster the “acceptance” mindset. A specific orientation and module on “Inclusion” should be included by Sport Psychologists for athletes, parents and coaches as a part of the Mental Skills Training curriculum. Coaches, parents and officials should have separate workshops on how to re-appraise the situation instead of reacting to the situation. Often, it is also because they are unaware of how to handle it. They need to be trained and made to understand how the concept is vital for an athlete’s performance as well as how to include them within the team. This is also a step towards building team cohesion. This radical mindset shift is hard wherein years of belief and conditioning has to be unlearned and relearned. However, we can always start with the premise that:

Ms. Shruti Nair is a Sport Psychologist based out of Mumbai. She has been supporting sport enthusiasts with their mental wellbeing and psychological development. As a Sport Psychologist, she provides various therapeutic interventions such as CBT, REBT for issues such as self-esteem or stress management.