Sharing my experience with Domestic Violence 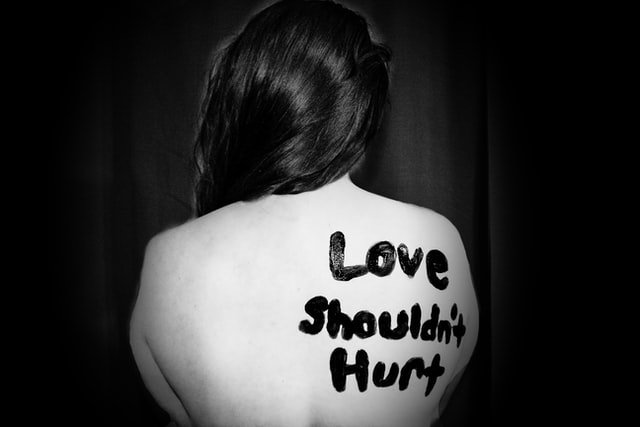 What is Domestic Violence?

When we hear the words “Domestic violence” or “abuse”, the first images that come to mind are the most severe situations, involving victims being horribly thrashed and bruised. Abuse, however, can be more common and subtle than that.

Domestic violence really describes any form of abusive tendencies including physical harm, verbal abuse, emotional manipulation and psychological trauma. Domestic violence begins when one partner uses threats, physical or verbal to dominate the other or create fear in them.

It includes manipulation where they convince the victim that they instigated the situation or “brought it on themselves”. In some case, the abuser will even go as far to say that they are doing it for the victim’s “own good”. Hereby, I wish to share my personal experience with domestic violence in India.

Anthea Pinto is a 22-year-old mathematics graduate and lover of humanity. She survived a suicide attempt in February 2020 and is currently getting through depression. Anthea believes in using art and music to spread awareness of mental health. If you wish to connect with Anthea further, you can find her on Instagram with the IG handle: @antheaa.21

The topic of domestic violence is especially difficult for me as I experienced it myself very recently. Being in that situation is very painful and confusing. Often blinded by our feelings of affection for the abuser we tend to make excuses for them and convince ourselves that they truly care for us. Whether the abusive partner really believes in what they are doing or are being manipulative on purpose, it is important to seek help or be aware enough to recognize when our loved ones need our help.

My experience of domestic violence was in a toxic relationship. More than once, in a fight , my boyfriend would hit things in anger or raise his voice at me. Let me stop here to tell you that just that act, of screaming and lashing out is abuse. We keep telling ourselves that what the other person has done isn’t that bad, but the moment someone tries to manipulate you using fear, you deserve better!

He had a tendency of putting me down and being overcritical of the way I dressed, not hesitating to make comments about it in front of other people. In one situation , under the influence of alcohol, he flung me across the room multiple times and even pinned me down while verbally abusing me. After the fact he apologized profusely and even made promises to seek help from a psychologist; promises with zero follow-through. He even went so far as to say he did it to protect me because he didn’t want me to leave and hurt myself. Ironic isn’t it?  The worst part is that in an attempt to preserve whatever love I thought we shared, I stayed with him.

In future instances, he threatened to send out naked photos of me and I stayed with him. He was unfaithful and I stayed with him. The last time I saw him, he yelled at me in the middle of my locality at nighttime, cornering me with his car, finally reaching out and grabbing me by my neck to scare me into getting in the car with him.

Somehow in that instance, I found the strength to say “no” and resist him. Truth be told a few months earlier I would have given in to him yet again, but I had been in therapy and on anti-depressants at the time and had found enough self-worth to stand up to him.

It is almost impossible to believe that the people we love can hurt us or even intend to hurt us.

The person I trusted more than anybody in the world attacked me. He abused me. He screamed at me. He hurt me. He made me feel two inches tall.

Many a time we feel like we have to make excuses for our abusers. From a place of love we end up telling ourselves that “ it was a mistake” or that “they didn’t mean to”; but the moment we find ourselves in a situation where we cannot confide in someone about what that person has done to us , it is time to realize that this is abuse!

I would end up many a time trying to brag about all the good things my boyfriend did as a way to rationalize to myself that he did love me and that any other negative behaviour was just an anomaly. That being said we cannot blame ourselves for behaving this way because often this is a natural response after being in a relationship where the offender has misused our trust.

Domestic violence is imposed on an individual by somebody close to them. The main feature, I believe, is an abuser misusing the trust and affections placed on them by the victim and using those to emotionally blackmail and dominate. If you find yourself in a relationship where somebody is constantly using threats or physically lashing out to create fear in you so as to control you that is abuse.

A twofold rise in cases of domestic violence has been observed in India during the lockdown. Reports from India’s National Commission for Women (NCW) updates approximately 45% increase in cases between March 23rd and April 16. You can seek help through various organisations that support the cause.

Explore MHT Directory to find the right mental health professional in India for your mental and emotional needs.