My Story with Bipolar Disorder in India ft. Mr.Tushar Luthra 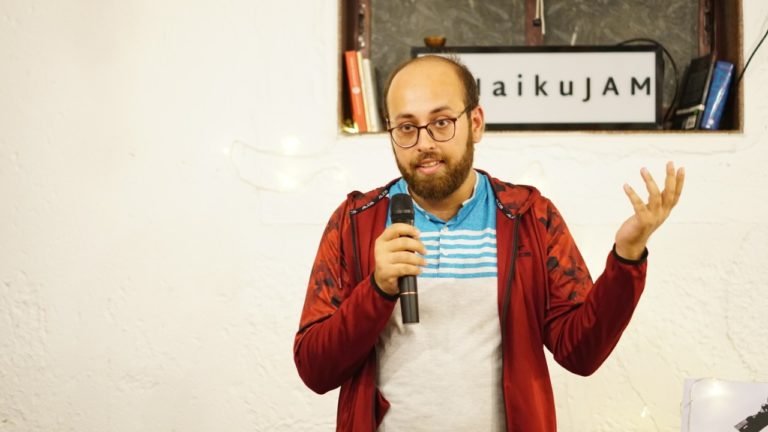 Mr. Tushar Raj Luthra was born in New-Delhi where he spent half of his childhood. Later raised by a Single Mother in Lucknow where he also completed my schooling. He graduated from Bangalore from NIFT. He pursued his post-graduation from a well-renowned business school in India, Symbiosis International University. Tushar is currently employed and  working in Mumbai

In this MHT Live, Tushar shares his story with Bipolar Disorder in India. He mentions that between 2007-2009 he showed symptoms of mild depression that was treated with Homeopathic Medication. Later in mid-2011, Tushar went through a full-blown manic episode in Bangalore city. After that, he was diagnosed with Bipolar Disorder Type-1.

Today, Tushar has learned well to cope with Bipolar Disorder, with the help of medications, therapy as well as family and peer support. He further talks about his very popular novel “Love at First Print”. Mr.Tushar Luthra was able to write this novel that reflects upon his love for western pop culture. It’s a situational romantic comedy novel. The crux of the topic is millennial love that is full of insecurities.

What is Bipolar Disorder?

Bipolar disorder, or manic-depressive illness, is a cluster of disorders described by the nearness of articulated high-energy stages known as manic episodes. Ordinarily, strange shifts in the state of mind and energy levels show in expanded activity levels and impair the capacity to work. The impairment caused by bipolar disorder can be serious and can bring about serious problems in one’s connections, poor occupational life and/or school life, and even suicide.

There are a few unique types of Bipolar Disorder

An expected 2 to 3% of the adult population of the world experiences this condition. The figures in India are exceptionally scrappy due to poor testing and diagnosis. Notwithstanding, one could securely expect that a great many Indians are patients of Bipolar Disorder.

MHT Live is an online space with live streaming on Facebook, Youtube and Instagram. At MHT Live, mental health professionals such as psychiatrists, psychologists, researchers and scholars come together and address a particular issue or advancements in the field of mental health and even chat with the viewers through a live chatbox. Mental health experts in India, have been a part of this platform from the very beginning. From mental health issues, such as anxiety, depression and psychosis; psychological issues, such as self-esteem, confidence and resilience; as well as social issues such as workplace culture, women’s issues, and LGBT community issues, all have been covered in the multiple MHT Live sessions that take place every Sunday.

The platform aims at connecting professionals with people seeking help, vice-versa. An interactive discussion of approximately 1 hour provides the viewers with a comprehensive knowledge of that particular issues, therapeutic techniques that they can try at home and also contact details of the speaker of a particular webinar.

The MHT Live is streamed every Sunday from 12 noon to 01:00 P.M. The recordings of MHT Live, along with short clips from the Live, are also streamed at other media platforms:

Subscribe to MHT and become a part of the community. Get weekly updates on new MHT Blogs, MHT Podcasts and MHT Webinars from Mental Health Today. If you are seeking the help of a professional, explore the MHT Directory and find an expert can support your needs and requirements. Explore various products at MHT Store that can assist you to overcome your emotional or psychological or mental health problems.

Team MHT hopes you found this MHT Live helpful and informative. Stay tuned for more live streams coming up. Kindly like, share and subscribe to MHT’s social media handles. If you wish to join as a speaker for our next MHT Live episode, send us an email at: