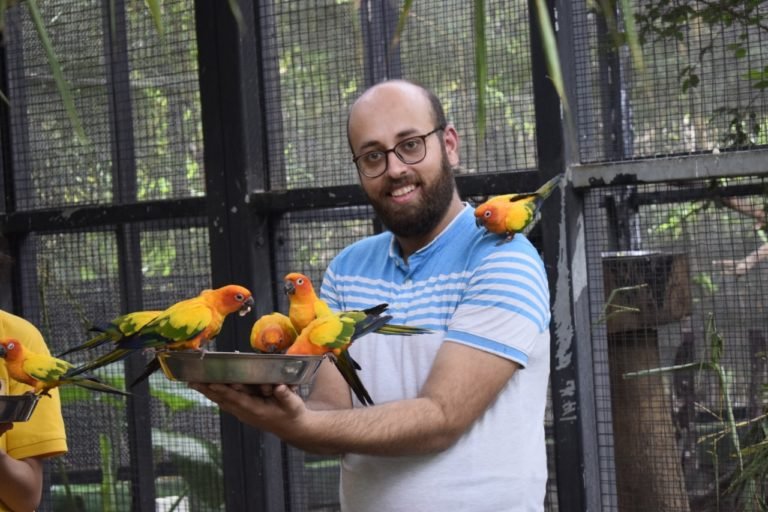 How often do people share their real experiences with mental health disorder? Not much, right. That is why, the editorial team at MHT, is much thankful to Tushar for sharing his experience with Bipolar Disorder. Below is the article was written by Tushar where he shares his special journey with a mental health disorder. Tushar also shares how his family, especially mother, and friends helped him during this difficult time.

“In 1999 when I was barely 9 years old, I lost my father. He died in a road accident in close proximity to our house in New-Delhi. Many relatives visited our house for his funeral. Every one of them advised me to take my place as the “new man of the house”. But my mother was such a braveheart that she never made us (me & my sister) realize that we had become half-orphans. But deep within I had realized that I had to earn money & take full responsibility of my family as soon as possible.

We shifted to Lucknow from New-Delhi after a couple of years. I joined the Science Stream after completing my High School. Unlike many of many peers who pursued Engineering after completing their school, I decided to chalk-out a different career route. I achieved a good AIR (All India Rank) in my NIFT Entrance Exam in 2009 and I joined NIFT Bangalore for my graduation.

This particular episode got much worse when I had to be brought back to my hometown (Lucknow) where I was finally hospitalised.

Since the early days of my childhood; my mother always treated us with homeopathic medicines. So I was not used to gulping down 500mg Lithium tablets, that too twice every day. I had to learn this simple task as well. Watching my mother crushing the tablets into powder form was a tough sight for me to see everyday. Why, you ask?

Because she used to simultaneously pray for my better health while trying to stop her tears. And that’s the exact moment that I decided that I would learn & research about how to overcome this disorder & lead a normal life.

My mother & relatives wanted me to leave my course at NIFT and pursue some other degree back in Lucknow. I even did a short certificate course from Arena Animation.

But I was hell-bent to not leave my degree at NIFT Half-way. I resumed my course in 2012. I passed out from NIFT Bangalore in 2014 with a CGPA of 7.45 and even got placed with a reputed menswear brand. I was working in an apparel factory operated by Raymonds brand.

Hardly 6 months into my job, I went into an episode of depression as I wasn’t able to cope up with my tedious work schedule. I disclosed all these mental health issues to my reporting manager. He advised me to quit & find my true calling at some other job. I took his advice and left the job without serving any notice period.

I searched for a job in the next 2 months. I finally found a job in the luxury apparel retail sector in Chandigarh. I was again working for a leading menswear brand but in the front-end retail department. I was enjoying every bit of it. The best part about this new job was the location; Chandigarh. I used to be suited-up all day & worked as a stylist for the elite people of Chandigarh.

I met some great people while I was working in Chandigarh. Some very passionate & lively people. One of them was a Sikh gentleman, Mr. Kanwar Nihal Singh Gill, a true-blue entrepreneur. After completing about a year in the luxury retail brand, I quit my job again. I joined Mr. Gill at his 3D technology-based start-up. The next 2 months were the best phase of my career. I also started working on a novel.

In mid-2016 I parted ways with Mr. Gill’s company. I came back to my hometown (Lucknow) and started studying for MBA entrance exams. Working for Mr.Gill’s company (X3D Studio) made me realize my areas of interest in my career. I wanted to work in brand communications & marketing.

In 2017 I joined Symbiosis International University to pursue my MBA. In 2019 I completed my MBA with a decent score and a campus placement for an agency in Mumbai. I also published my first novel in 2019 titled Love at First Print.

In the last quarter of 2019, I again quit my job as I wasn’t able to visualize my future in that company. I decided to try freelancing for some months. I also learned that my networking skills were really strong.

In 2020 I started working as a freelance business consultant at my start-up company (TNT Mediaworks). I am also working on a web-series adaptation of my debut novel.

Reading Tushar’s story on Bipolar Disorder definitely raises hope and positivity amongst the youth. His life’s mottos are inspiring for many individuals who struggling with their mental health. Mental Health Today wants to thanks Tushar for sharing his personal battle with a mental illness and providing awareness to people who still hold negative and stereotypic connotations about mental health issues.